Case study – training business. Could this be you?

Our client ran a successful training business.  They started it with a team of friends and associates and over the years it grew until they had dozens of regular trainers working with them.   10 years later some of the original trainers were still around, but there were plenty of new ones to work with.

When they started they worked with their team in a very collaborative way.   There were lots of good ideas flowing backwards and forwards between the associate trainers and the owners.   They’d had a few set backs on the way – from bad debts, to losing a few clients, but they found their niche and had a great reputation.

It was hard work but it was worth it.

The business plan started to change from ‘grow the business at all cost’ to ‘make sure we deliver a quality service to our niche and to our blue chip clients’.    And the original ‘exit plan’ made all those years ago needed updating.

Were they going to sell the training business at some point in the future?

While they were thinking the options through, they had a routine PAYE inspection, looking at the records for their employed staff.  There were only twenty of them and no-one anticipated any problems.  They were scrupulous about making sure their PAYE was properly documented and paid.   The inspectors asked to see sample contracts for the 80 or so regular trainers they had on their books.

There weren’t any.  Everyone had been the best of friends and somehow no-one had got around to documenting the arrangements in any formal way.    Some of the trainers had thriving businesses of their own and it was fairly easy to satisfy HMRC that they were really in business for themselves, but others had a much smaller practise and their income came from our client.

These trainers couldn’t meet the tests for ‘self-employment’ so HMRC determined these ones were not really freelance but employed trainers.   A large tax bill was sent – not to the trainers – but to our client.

The accountant was kept busy trying to dispute the figures, but the truth was, she couldn’t get rid of it all – the right paperwork simply wasn’t in place.   HMRC can go back up to 7 years on PAYE, and it was far too late to issue the right paperwork now.

Would anyone buy the training business?

Our client was reeling.   They had no idea that this could happen.   They were talking about selling the business and getting out.   But there was another problem.  They couldn’t show that they owned the intellectual property or copyright in the training materials they had effectively co-created with their freelancers over the years.    All their beautiful branded training material and systems was not worth very much if anyone could dispute their rights to it.

We sat down and explained to them that they didn’t automatically own the copyright in work created by freelancers and outsourced workers and that they needed a proper contract to set out who owned what (and sort things out so they could properly meet the HMRC tests for who is self-employed). 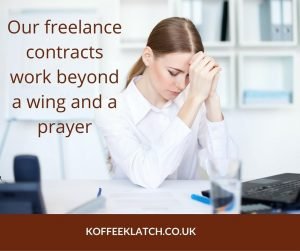 It didn’t take long to produce a customised version of our standard trainer agreements that covered all the bases they needed – including who owned the rights in the soon to be created range of online material and courses.

Within a few weeks they had a system for issuing friendly and clear agreements that they could hand to friends and new freelance trainers without worrying that they would be misunderstood or upset anyone.
They had a way of securing the rights they needed to the work they paying for.

And they were able to go back and plan an exit strategy based on creating and owning the rights in the material they were creating with their team.

We couldn’t fix the tax problem – it was way too late for that – but the accountant did a reasonable job on reducing the demand.

If only we had met up with them earlier.

If you’d like to sort out your contracts and freelancers before it’s too late – have a look at our Trainer Freelance Contracts or talk to us on 020 3887 0500.

All our advice is given in strictest confidence.  This case study is based on several true stories suitably anonymised in order to preserve client confidentiality. 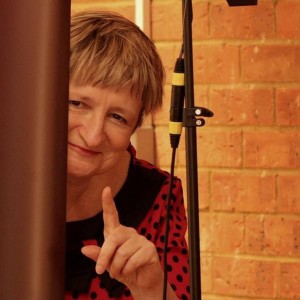 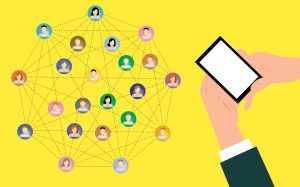 Why You Should Outsource Digital Marketing 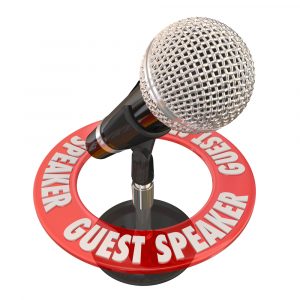 Do you do guest spots on podcasts, lives, or webinars? 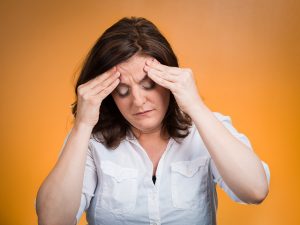 Contracts – Worried about the wrong thing? 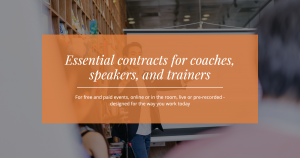